The skull is often a symbol that generates an emotion of fear. It can usually relate to danger, death, or the end of the line.

Skull tattoos can often symbolize a form of truth or light as it overcomes darkness. It can also reflect a tolerance or sacrifice.

In some religions, a skull is used as a mantra that reminds us of the sacred human life.

The Celts believed that man’s soul was actually stored in the skull. This explains the preservation of skulls from their leading tribe members or warriors. It was believed that the skull owner would inherit the strength and wisdom from the deceased.

have a different meaning that typically associates a circle of thieves or belonging to a party of authority.

is often used in Mexico’s Day of the Dead rituals representing life and protection from evil spirits while celebrating and honoring those who have died.

A skull with flowers

combined awe with beauty but largely depends on the location of the headdress details.  When the skull is wrapped around a flower or plant, it represents the loss of a loved one’s unexpected death reflecting a deep sadness.

a dangerous nature with an excitement to have unlimited life is symbolized by a rose located in the teeth of a skull.

although reptiles often symbolize death, the skull and snake combined often depicts wisdom and immortality in the soul.  The value of the skull will increase if the makeup of the snake shows crawling out of the eye.  This often reflects knowledge and intelligence.

this often speaks to one’s death or a committment to any action – likely unethical.

this tattoo reflects that death brings no fear or may bring death to another. It can also symbolize victory over an enemy.

this tattoo reflects someone committed who will stop at nothing to achieve his desires and is always a winner.

this tattoo represents a bright character that is a great adventurer with little patience.

this tattoo serves as a reminder that you should always think about eternity and how quickly your time may come.

this tattoo reflects a person with the power of nature and loves to exercise self-knowledge.

this tattoo represents the eternal spirit known as “Kalavera.” 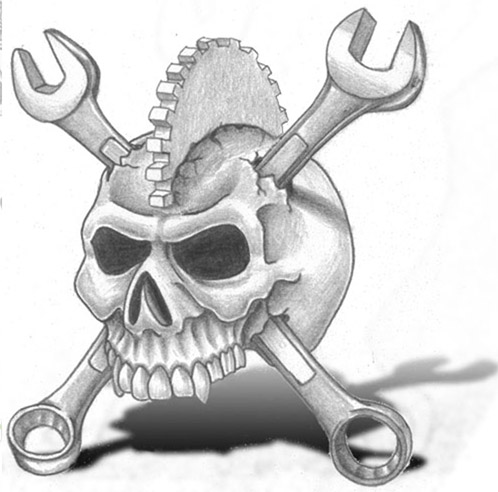 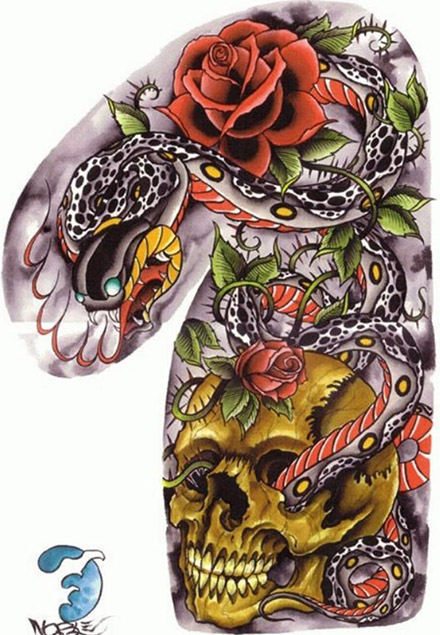 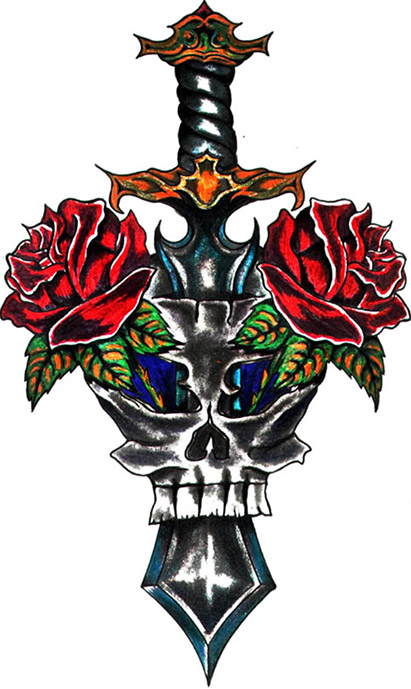 Please enter your username and password to login to the members area.